Posted 4 months ago by PHS Group

Air quality specialists at phs Group have released the results of an air purifier trial at four nurseries across the country.

The air purifiers resulted in air quality which was as much as SEVEN times cleaner. And following installation, nurseries reported decreases in child sickness, improved attendance, cleaner air and an enhanced environment. In addition, staff have felt health improvements and the difference has even been noticed by parents.

The phs AERAMAX PROFESSIONAL air purifiers are designed to improve indoor air quality, physically cleaning the air free from contaminants including 99.9% of harmful germs – including colds, flu, norovirus and other airborne diseases such as chickenpox, measles, mumps and whooping cough. They also reduce allergens such as dust, pollen and VOCs as well as odours and, importantly, tackle the rising problem of indoor air pollution. The results have been launched as the air purifiers have been independently certified to eliminate 99.9% of coronavirus particles.[i]

The winners of the competition receiving the air purifiers were George Perkins Day Nursery in Balsall Heath, Birmingham, Little Sparrows Day Nursery, in Waltham Cross, London, along with the nursery classes of St Hilda’s Church of England Primary School, in Stretford, Manchester, and Hugh Myddleton Primary School, in Clerkenwell.

As a result of the air purifiers, the air quality within the nurseries has been physically improved – with the biggest improvement at Little Sparrows and St Hilda’s which both saw their air become seven times cleaner based on air particulate readings.

St Hilda’s nursery teacher Emma Ashford said: “The air purifiers have been extremely effective and we noticed a difference in the number of children we had off ill. We normally have large numbers of children off poorly during our settling-in periods as they are not used to being around other children and are building their immune systems but this dramatically decreased. The classroom also has a much fresher feeling, the musty smell has gone and the environment feels much cleaner. Staff have felt much better in the environment, we have seen a reduction in headaches and just generally feeling well in ourselves. Even parents have commented that the nursery environment feels nicer.

“As a nursery setting on the outskirts of a major city, it is important for us to think about what we can do to protect our children from the effects of pollution but it is difficult to know how to do this. Something as simple as an air purifier could really make a difference without putting an extra strain on already busy classrooms and staff. I didn’t understand how much of an impact they could have on my children. I no longer see them as a luxury item that doesn’t really do much and now see them as an important way to protect our children for the future.”

Tara Parry, mum to Herbie in the nursery class, is in favour of nurseries helping children breathe cleaner air. She said: “I’m really thrilled about the nursery having air purifiers, indoor environments can be really polluted and pollution is the elephant in the room. What’s more important than the air that we breathe?”

George Perkins nursery manager Sarah Presswood, added: “We wanted to put the air purifiers in because we focus very much on providing a healthy environment for children. Overall, they have been good and enhance the quality of the environment the children are in. Odours were definitely reduced and we saw less illness in the room that has the purifiers than in other rooms so we’re hoping they really will help keep the children healthy. We’ve got some children who have asthma which is very concerning in young children so we were hopeful that would mean less asthma attacks and less need for medication. We are only two miles from Birmingham city centre and the air quality isn’t great so anything we can do to improve it has to be a good thing.”

The clean air competition was a collaboration between phs and Fellowes to provide two air purifiers to each location free for an entire year. This was extended during the pandemic in a bid to help the nurseries create COVID-safe environments. The initiative followed a series of reports about the dangers that indoor air pollution posed to children with air cleaning positioned as an easy and affordable solution to creating a healthier and cleaner environment.

Astley Shields, air quality specialist at phs, said: “Pollution is concentrated indoors where we are exposed to a cocktail of germs, bacteria, allergens and odours all around us in the air we breathe. Since the onset of the pandemic, indoor air quality is increasingly under the spotlight as the evidence grows about the risk of the airborne transmission of COVID-19. The risk becomes more significant when you consider we spend around 90% of our time indoors where the air is five times more polluted than outdoor air. Air purifiers make a real difference by physically removing impurities and the results found by this nursery are evidence of the remarkable impact they can make and how we can provide a healthier learning environment for the next generation.

“As awareness rises about the potential dangers of indoor air quality, we’ve seen an increase in demand for air purifiers from nurseries and schools wanting to make an impact on the health and wellbeing of their pupils. However, this demand has also been seen across the board from care homes and hospitals to businesses, retailers and public buildings as organisations seek to make a real difference in creating cleaner, healthier environments and doing more to boost the health and wellbeing of their building users.” 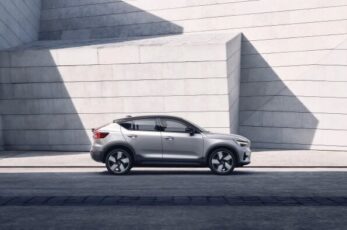 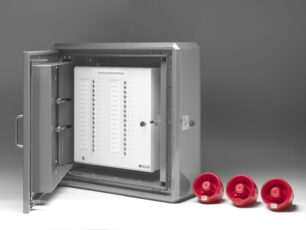 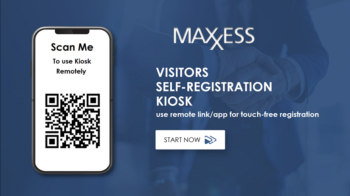