A Legacy For Safety – RoSPA Congratulates The Olympic “Big Build”

With one year to go until London 2012, the Royal Society for the Prevention of Accidents is delighted to congratulate all those who have worked on the Olympic Park and Village “Big Build” construction project for their outstanding health and safety performance.

RoSPA, a charity that has been at the heart of accident prevention in the UK and around the world for 94 years, believes the achievements of the Olympic Delivery Authority (ODA) and its delivery partner CLM form an important part of the overall Olympic legacy.

RoSPA was particularly impressed with how the ODA, from its inception, declared that its aim was to be a leader in safety and health, integrating these objectives into planning, design and construction operations and enhancing workforce wellbeing. Among the features of the safety and health programme, there have been detailed inductions and further training for workers, plus leadership and communication training for supervisors.

The ODA and CLM have achieved an internationally-recognised certification of their health and safety management systems (OHSAS 18001) and the Olympic construction project’s occupational health function has won two awards, including the RoSPA Astor Trophy.

he safety record of the massive construction project has also been impressive. At its peak, there was a 12,500-strong workforce on the Olympic Park and Athletes’ Village and, to date, more than 60million hours have been worked, of which 24 periods of one million hours have been “RIDDOR reportable accident-free”.*

The accident frequency rate achieved has been 0.17 accidents per million hours worked, which is lower than for the construction sector as a whole and more in line with the average across all UK employment sectors. Near-miss reporting has been equivalent to 100 reports for every RIDDOR event, giving confidence that reporting levels are very good. Notably, the Big Build is the first Olympic project of its kind in the world to have been completed without an accident-related fatality.

Tom Mullarkey, RoSPA’s chief executive, said: “Obviously the challenge now will be to maintain this excellent record during the next phases of the Olympics project, running up to and through ‘Games Time’ and beyond. However, what has been achieved thus far is a highly commendable British achievement that is well worth celebrating, particularly in an international context.

“Given the prestige and profile of the Big Build and the level of performance achieved, the lessons the project has generated for health and safety form an important part of the overall Olympic legacy – with enormous potential to influence health and safety in the UK as well as globally and to demonstrate further the contribution which high standards in this area make to overall business success.”

RoSPA is delighted that the Big Build project will be submitting an entry to the RoSPA Occupational Health and Safety Awards in 2012, through which its health and safety management systems and performance will be considered by an independent judging panel.

*RIDDOR (The Reporting of Injuries, Diseases and Dangerous Occurrences Regulations 1995) puts duties on employers, the self-employed and people in control of work premises to report serious workplace accidents, occupational diseases and specified dangerous occurrences (near misses). 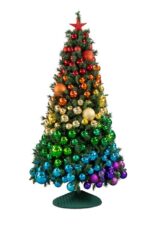