Posted 2 weeks ago by NICHIA

Tokushima, Japan – 9 March 2020: In Germany, a major supermarket chain owner is experimenting with new LED technologies that move beyond straightforward product illumination. An EDEKA store installed lights using ground-breaking Vitasolis™ LEDs from NICHIA. Vitasolis™ offers a unique colour spectrum that recreates the effect of natural light on people. Keen to find out what impact these LEDs can have on shopper behaviour and, potentially, what products they buy, the store owner has teamed up with Dr Enrique Strelow, Head of Shopper Communication at Ferrero, to conduct a scientific trial.

With LED technology continuing to advance, retailers have begun to look beyond established benefits such as energy efficiency, and to consider what more can be achieved with light. For instance, the ever-improving colour range and controllability of LEDs means they are increasingly being deployed to heighten both visual and emotional appeal. And now, thanks to step-changes in science, retailers can add a third dimension to the impact of light: the biological effect.

NICHIA’s new Vitasolis™ LED technology stimulates the body and its circadian rhythm in the same way as natural light. It is well documented that lighting has an influence on activity levels throughout the day, including waking up in the morning, being active during working hours, and sleeping well at night. Although Vitasolis™ provides a very natural white colour, part of its spectrum contains a larger amount of energy in the cyan region, which is known to help control human circadian rhythms.

Many artificial white light sources found in shops do not contain sufficient cyan to stimulate the body. In contrast, the enhanced cyan element present within the spectrum of Vitasolis™ opens the door to human-centric lighting solutions that promote wellbeing and alertness, reduce tiredness and stress, and elevate mental performance. Vitasolis™, with its wide colour spectrum, also improves the response of the eyes to light, reducing strain.

The trial at an Edeka store observes how Vitasolis™ influences the mood of customers in store. Can it make shoppers more relaxed, more positive or more energetic, for example? Maybe it can prompt them to make a purchase as they approach fresh produce counters; encourage them to spend longer time at a store; or even prevent stress at key moments such as during payment.

Complimenting Vitasolis™ in the Edeka trial is Optisolis™, another innovation from NICHIA. Optisolis™ has a spectrum closer to sunlight than any previously developed LED, and reveals the true colours of products like fresh fruit, vegetables and meat. Optisolis™ has an exceptionally high colour rendering index (CRI) of 98, compared with 80 to 90 for typical retail lights.

For supermarkets like Edeka, the repertoire of lighting techniques includes the ‘meat lamp’, which brings a reddish glow to the butcher’s counter, making cuts look fresh, juicy and appetising. At the fish counter, bright, cool lights reflect the shine of freshly caught seafood and the sparkle of ice, while in other areas, carefully devised lighting subtly draws the attention of clientele to promotions or important items. Even outside the store, window display lighting schemes help attract the gaze of shoppers, tempting them inside.

As these examples demonstrate, NICHIA is able to deliver dynamic, tunable LED lighting to those looking to get more from their retail environment. Consistent colour is achieved across fixtures, which elevates different types of products or enhances branding experience, even across large spaces such as supermarkets. NICHIA’s solutions can also replace the complex traditional lighting schemes often found in retail spaces.

Having ‘Ever Researching for a Brighter World’ as a motto, NICHIA takes great pride in being the technology leader and world’s largest LED manufacturer. Founded in 1956 as a specialist chemical producer, NICHIA quickly became the leader in luminescent materials (phosphors). Nichia later developed and commercialised the first high brightness blue LED in 1993 and the first white LED in 1996. Additional nitride-based LEDs in various colours were developed, including ultraviolet and visible laser diodes. NICHIA believes that its products will remain at the forefront of energy efficient solutions throughout the world for years to come.
NICHIA will continue to be a company that makes contributions to the world by evolving its original and unique technologies and ‘Ever Researching for a Brighter World’.
For more information, visit www.NICHIA.com

A little silver lining: CHSA chocolates bring some cheer to staff and parents at children’s hospital 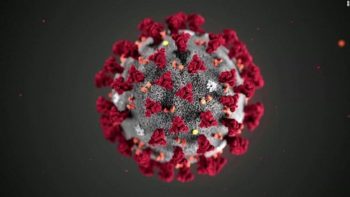